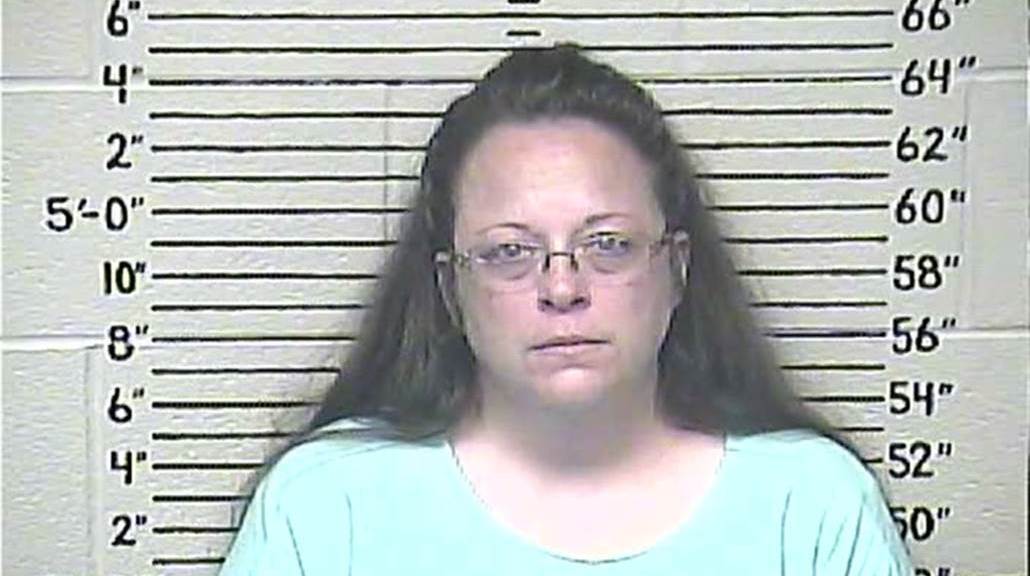 Kim Davis has been in the news for weeks because she is a Rowan County Clerk in Kentucky that refuses to issue marriage licenses to same sex couples as required by law. She says that same sex marriage clashes with her religious beliefs, and she refuses to resign because she does not want to lose her platform to preach the gospel. I’ll ignore (for simplicity sake) the fact that she has been married 4 times, had children out of wedlock, and cheated on at least one husband. Obviously, she is misguided in what her role is.

The thing that people often forget is that elected officials are charged with upholding the Constitution which protects all people equally. Religion does not play a part in that role as America is a melting pot and we welcome a variety of beliefs. You cannot use your public office as your pulpit. You are there to serve all, whether they share your beliefs or not.

Mike Huckabee, a Republican Presidential candidate, is a fierce supporter of Kim Davis’ position. He’s taken time out to speak with her personally, and created and pushes the hashtag and petition to “Free Kim Davis Now.” He argues that jailing Kim Davis is akin to “criminalizing Christianity” and if Kim Davis can be arrested – pastors, florists, and photographers can be next. It bothers me that he doesn’t seem to “get it.” His argument is misleading and blatantly wrong. This is not about criminalizing Christianity or stifling our rights under the constitution. Kim Davis is an ELECTED official. Just as HE would be if he wins the Presidency. And the job of any public officer is to follow the LAW, protect everyone’s Constitutional rights, and treat everyone equally. If you don’t like the confines of your job, then don’t sign on to do that job. You can practice any religion you choose. But religion is rarely appropriate in the workplace, and you don’t have the right to force your beliefs on anyone else. (Does separation of church and state ring a bell??)

I hope people realize that if Huckabee stands in agreement with her actions, he wouldn’t have a problem doing the same thing if he were to become President. And stopping him won’t be as easy as holding him in contempt. Now, Huckabee is pretty low in the polls so the reality that he actually makes it that far is .. far-fetched. But it’s five months before anyone even starts voting in a primary – anything can happen.

My philosophy on choosing a political candidate has always been: figure out where YOU stand on issues that are important to you, evaluate the candidates’ platforms, then choose the one whose agenda comes closest to your own. I hope you are paying close attention to where Huckabee stands on this. He is speaking volumes.