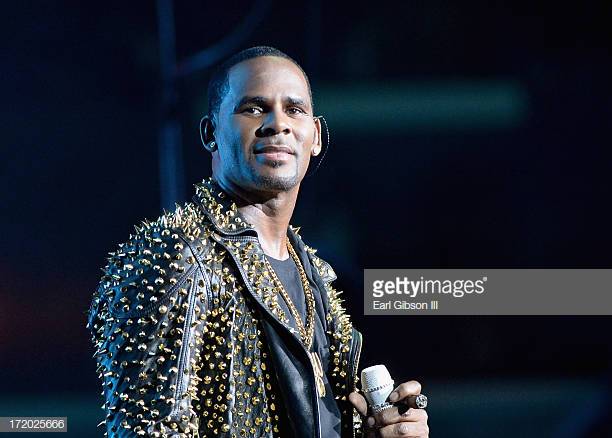 Since the airing of Surviving R. Kelly, there has been an avalanche of new allegations and talk of his past and present fixation on much younger women. New charges were brought stemming from videos showing him with underage girls where their age was clearly stated therein – potentially overcoming the age verification issue that allowed him to walk free during his first trial. The fact that it took days for him to raise the $100,000 bail to get released has brought his finances into question. The person who ultimately posted bail allegedly owns a daycare center which makes people rightfully question her judgment and whether or not she should have children in her care.

This week R. Kelly decided to break his silence by appearing on CBS’ Morning Show in an 80 minute 2-part series. Additionally, he allowed two women at the center of his rumored sex cult to also be interviewed (although he was never far from their reach so there are doubts on whether they could actually speak freely). Since the recording of these interviews he’s been arrested again – reportedly on back child support payments amounting to over $160,000.

Through it all R. Kelly maintains a throng of supporters; including those who showed up to his Detroit concert the night before he turned himself in, and those who showed up to give encouragement as he walked out of jail last week. Although it is shocking to fathom that R. Kelly STILL has supporters, I can’t blame them (much). I, too, supported R. Kelly long past the point of logic.

For years I hung my hat on the fact that he had a wife and kids. What woman, I reasoned, would sit around and watch while her husband not only cheated on her but abused other women right there in her face? It wasn’t until Andrea Kelly finally broke HER OWN silence that I had my AHA moment. In all the years and through all the rumors it never dawned on me that she was (allegedly) being abused too. Physically, emotionally, and now apparently .. financially. Abused so severely that she was driven to the brink of suicide. My heart broke as she gave her accounts of what she endured as his wife.

So now here we are. R. Kelly is likely facing another trial stemming from child pornography allegations. It is unclear yet very unlikely that he has the financial prowess to hold off a trial for nearly a decade this go-round. I watched Surviving R. Kelly but haven’t had the heart to watch the entire interviews with Gayle King. The snippets were disheartening enough. I think we’ve all heard enough. Clearly, it’s time for a new untainted trial. If evidence is as strong as suggested, this trial will likely result in the conviction that should have happened eons ago.

In all of I can’t help but feel sorry for R. Kelly. That’s not to say I think he’s innocent – because I don’t. But I do feel sorry for him. From my cheap it appears he doesn’t know how much harm he’s caused and that’s why this is so hard for him to wrap his mind around. His handlers, enablers, and experts who feed him lies and misconceptions don’t make the situation any better. Couple all of that with his lack of education and deep-seated hurts and it’s not hard to see how he is a walking recipe for disaster. He needed help decades ago, not protection. Is he beyond help now? 🤷🏽‍♀️

I also feel sorry for the girls associated with him (girlfriends, captives, sex-slaves .. will we ever know the full story?). What happens to them when the head of the snake is chopped off. The Gayle King snippet I watched was very telling. Those girls sound brainwashed and traumatized. How do you overcome that? Can they be helped? How many more are in the wings? Will R. Kelly’s “yes-men” continue to hold them captive if he’s put away? Will they be let free? If so, what does “freedom” look like? My fear is that many of these girls won’t survive the end of R. Kelly. In an effort to quiet their own storm they may turn to a suicidal end. They truly may be beyond reach.

This is what I mean when I say I don’t believe he understands the depths of the pain he’s caused. There’s pain if he’s free to walk the streets. There’s pain if he is convicted and sentenced. He’s been allowed to weave this web that climaxes with a tragic end. It’s truly sad to sit back and watch.

I will undoubtedly be glued to the television when trial proceedings begin. It won’t be easy to watch but this is a necessary story that must be told. For every superstar abuser there are millions who quietly infiltrate families and organizations and wreak the same kind of havoc. Victims need to see that their cries are heard. R. Kelly’s conviction can free many voices.

As my phone shuffled music, I Wish, one of my R. Kelly favorites came on. I couldn’t help but stop and think of his life and try to pinpoint when it truly started to unravel. When he lost his mother, he lost his grounding plug and I don’t think he ever recovered. What we’ve seen unfold since that time is the life of a man whose own cries for help went unheard. My wish is that we as a society shed a light on the importance of mental healing and we all seek the care we need to heal our life’s traumas.