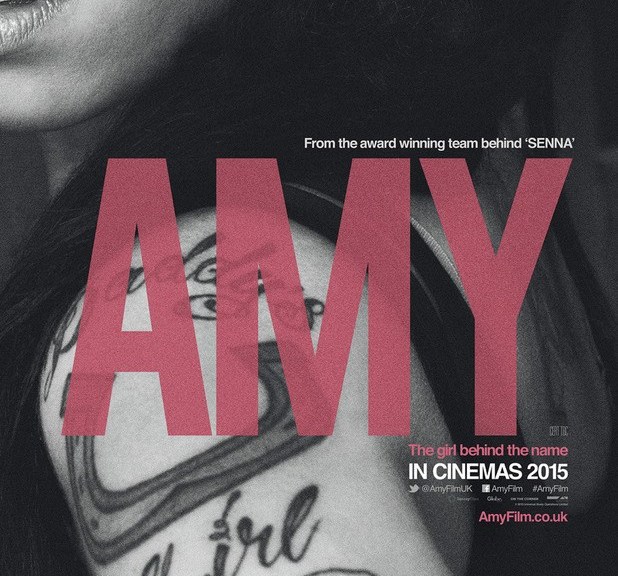 NOTE: This post may contain what some consider to be spoiler alerts.

This always happens. I always seem to wind up crying on a plane. Isn’t that some kind of cliche?

Even tho I absolutely love the movies, I don’t get to see them as often as I’d like to. So here I am, on a plane, catching up on releases that I’ve missed. I just finished watching Amy and tears are streaming down my face. Classic.

I’ve never been an Amy fan. Truth be told, I probably never would have seen this movie if it wasn’t what I considered to be the best of a bunch of shitty selections on a 10 hour flight. But this movie is touching. No, more than that – heart wrenching. When I listen to her voice I hear touches of Billie, but she credits her idols as being Sarah, Ella, and Tony. (And if you have no idea who those musical geniuses are, please just stop reading now.). Everyone described her as an old soul. Her voice, her writing, her passion, her musical philosophy – THAT VOICE! Early on in the docu-movie someone quipped “if you’re like this at 19, what will you be like at 25?” Hmm. Well as we all now know, time was cruel, as it often can be. What we didn’t know until this movie, was why?

This movie was endorsed by and largely stars her father so I have no doubt there’s quite a slant. It’s not clear what the family strife was in her early life but her home life was unstable and unsettling for her. The minute she received an advance on a record deal she was out of there – and so the tailspin began. I can’t lie, I did doze off a bit during the slow starting early parts, but once awakened during cabin service the movie picked up and I was all in.

Amy appeared to be an artist who just wanted to create good music. She never expected or even wanted to be a superstar. That wasn’t her definition of success. She just wanted to be an artist that was true to herself; work with whomever she wanted to produce the music that she wanted. At the first glimpse of stardom she started using drugs. I guess this was to escape the pressures that were quickly mounting on her. There was a “crossroads” early on when she was at the cusp of fame. Her friends tried desperately to get her family to act. Send her to rehab! She can’t handle what’s coming to her. Maybe there’s still time to right this train before it crashes. Their cries went unheard. Amy was becoming a cash cow. Those are always more easily manipulated when they are kept out of their mind. So they all plowed on, full steam ahead.

Amy seemed to always long for the love of her father – something children should never have to beg for. It appeared he was around, but never in a way that she needed. He was there for the unnatural consequence of their relationship. I say unnatural because parents generally pour everything they have into their children, setting them up to be better than the generation before. Parents don’t normally strive to be groupies, or hangers-ons, but that’s about what he amounted to. He helped build her up to a degree, but it was only so that he could extract from her. Amy was born with talent and groomed her own skills over time – she didn’t need him for any of that. She just wanted a normal relationship but she could never have just HIM. He came with camera crew in tow. Entertaining any tv show, interview, or gig that would put more money into his pocket. And he’s still doing it with the release of this movie I suppose. Not to mention two posthumous albums she likely would not have approved of. It’s disgusting really. But people can only be who they are.

One of Amy’s career highlights seemed to be the year she was up for six Grammy nominations. She was touring at the time and was drug free for the moment. She watched the awards live during a set and seemed totally enamored by the fact that her idol, Tony Bennett, was presenting the award. When he announced her name as the winner she was stunned. Everyone in the building went into hysterical applause – the band, her friends, the crowd. In that moment, when everyone was full of joy for her – her expression changed and she began to cry. Her friend pulled her off the stage and she confided, “this is so boring without drugs.” That truly stung. Up to this point she had repeatedly credited Tony as being one of her biggest idols (and only living idol). So in that moment you truly realized the hold drugs had on her life. When she can be awarded music’s highest honor, by the musician she loves the most in this world, and not be able to enjoy it sober – that was truly devastating to watch.

There were lowlights of her relationships with men. Brief loves in quick succession. Until she met the man that would become her husband. They were bad for each other and this seemed to hasten her downfall. She bluntly said at one point “this love is going to kill me.” The marriage dragged on for a couple of years. There was a failed joint stint in rehab, his brushes with the law, her alleged infidelity. And although he eventually filed for divorce, the damage was done. Her time clock was running out.

It was like a punch in the gut to see authorities bring her body out of her London flat. Another young, talented, lost soul gone too soon; trampled by the machine that is the music industry. This was a blow suffered by many but I felt worst of all for her two best friends. They refused to stand by and watch her destroy herself so they distanced themselves from her and told her to call them when she got herself together. She did call them – not long before she died – and apologized for the years of turmoil she put them through. She actually sounded sober during the call. I guess that is supposed to serve as a slight consolation. She made a promise to call back tomorrow, but for Amy tomorrow never came. So many things she longed for never came. And that is the true tragedy in all of this.

At the end of the movie her father stated he did everything he could. I think he forgot to finish the sentence. Even with his heavy involvement in the film the truth was impossible to hide. It appeared he did everything he could – to get money out of her. Noticeably absent from the film was her mother. And aside from the opening clip where she appears to be singing Happy Birthday to a sibling, no other immediate family members make an appearance either. I think that speaks volumes on the familial divide.

What I gathered from this movie (and several others like it) is that addicts simply don’t have the mental capacity to make a better decision for themselves. When they are in the throws of addiction all bets are off. It takes an intervention or a rock bottom moment to get their attention. Those closest to her seemed reluctant to fiercely intervene. Some addicts can get clean on their own, most cannot. And even with the best of intentions, there may have to be several attempts before rehab really sticks. It is tough. It’s not a life most would choose for themselves; and once they’re in it it’s hard to find the way out. Addicts need ultimatums, not enablers. Unfortunately no one stood up to her.

When a family member is in crisis there are ways to help. Intervention has helped countless numbers of people. There are agencies that will help you facilitate that and/or develop other strategies to offer assistance. You don’t have to twiddle your thumbs and be clueless. You can be proactive. Or reactive. Whichever the case may be. The important thing is to ACT! Every attempt to render aid may not be successful or well received, but at least you can rest assured knowing you tried.

This movie was a pretty decent production that does a great job of drawing you in. I applauded her highs and cried during her lows. I felt like I was right beside her during this journey. I enjoyed it and was moved by it, and I’m not a fan. I’m sure her adoring fans absolutely loved it.

This docu-movie intensely displays how a broken soul is easily and swiftly destroyed once the spotlight of fame is shown upon it. Amy was just a young girl who wanted to sing songs. She quickly found out, the music business just doesn’t work that way. May she find the peace in death that she never had in life.

VIDEO: Love is a Losing Game